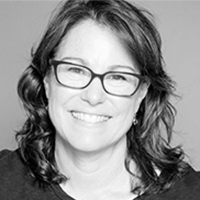 As a trusted thought partner, Hillary has a track record of working with in-house teams to develop and implement strategy over the long term. In her decade of consulting to the Fundación Cisneros, she helped translate an ambitious global vision for Latin American arts and education into a focused, mission-driven foundation that still thrives today. For Advancing Women Professionals, Hillary’s design thinking approach informed AWP’s organizational strategy, guided its programs, and shaped its public narrative over a ten-year period.

Drawing from design thinking, design sprints, lean, prototyping, liberating structures, and other frameworks, Hillary designs and facilitates workshops that help groups align around a shared goal, uncover insights, and co-create solutions to solve big challenges. Recent workshops have probed a range of topics, from pharmacogenomics for the Penn Center for Precision Medicine to special reconnaissance for US Special Operations Command and aging and caregiving for Fidelity Investments.

Hillary’s began telling stories as an American conceptual artist in the 1990s, as part of the collaborative artist team, Leone & Macdonald. In addition to gallery and museum exhibitions in North America, South America, Europe, Asia, and Australia, her work was featured in the Whitney Biennial and is in the Whitney Museum’s permanent collection. She was an adjunct professor and visiting critic at the Rhode Island School of Design, and has lectured widely.

Hillary holds a BA in Semiotics and English and American Literature from Brown University; a BFA in Art from California Institute of the Arts; and is a graduate of the Whitney Museum Independent Study Program in Studio Art. She studied User Experience at Adaptive Path; Film Production at NYU; and Positive Psychology with Dr. Tal Ben-Shahar. She completed her mediation training at the New York Peace Institute, and is currently a volunteer mediator.

"Working with Hillary Leone and her staff was an exhilarating intellectual and conceptual experience. The web site that emerged from this process immediately won an award and has been cited as one of the most useful, elegant and heavily-visited sites in our field." Bob Yesselman, DirectorDance NYC